Geneva, 27 April 2022 – Following on from the first series of the Sailing Squad in 2021, Mirabaud announces the launch of the second season with a ‘flying boat’ and new partners to support this compelling human and sporting adventure. Broadcast across four episodes from 2 to 15 June, four young international women sailors and a double-Olympic medallist coach will join forces to participate in the Bol d’Or Mirabaud. 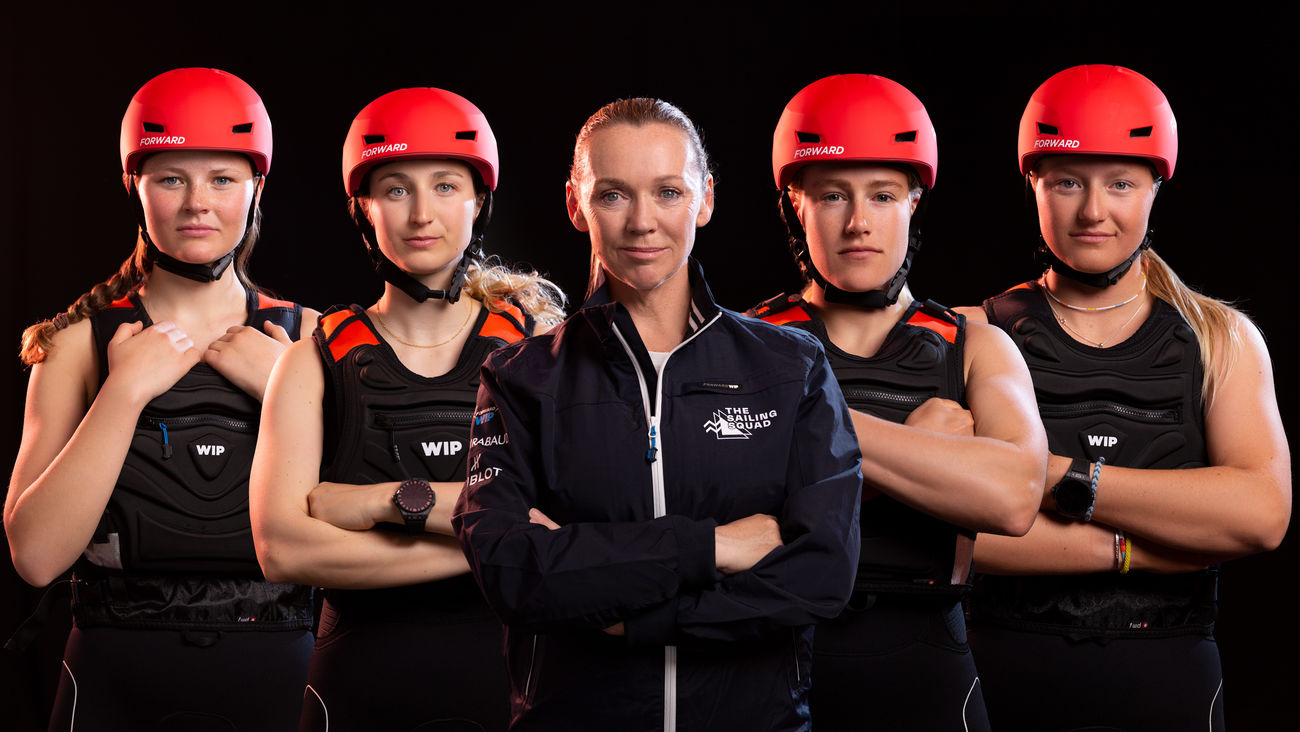 Following the success of the first series of the Sailing Squad, Mirabaud is extremely pleased to expand its range of partners, with the support of Hublot, Forward Wip and the Société Nautique de Genève yacht club.

The new partners and the all-female composition of the team are not the only surprises in store in the second season of the Sailing Squad: there is also the use of a monohull foiler – the Persico 69F - a high-tech yacht inspired by the ‘flying boats’ used in the America’s Cup.

The Sailing Squad is a mini-series filmed before and during the Bol d’Or Mirabaud, and was created by Mirabaud in 2021 to celebrate the return of the Bol d’Or Mirabaud after a year’s absence due to the pandemic, as well as to spread the word about the world’s largest inland regatta beyond the shores of Lake Geneva, and to allow young hopefuls from the nautical world to participate together under the watchful eye of a renowned sports coach.

The format of the second season is similar, with the participants and their coach followed by a camera crew to tell the story of their adventure. The series of four episodes, broadcast on various digital channels, will cover their first meeting, experience as a team during training and team-building activities, the team’s participation in the Bol d’Or Mirabaud, and then a debrief after the race.

The coach for the first two seasons of the Sailing Squad, the sailor Shirley Robertson, is the first British woman to have won two consecutive Olympic gold medals (in 2000 and 2004) in the Europe and Yngling class. Now a renowned Broadcaster, she is also a highly sought-after coach.

This second season brings together four promising young women sailors, all of whom have competed at international level and have world rankings:

Like the Mirabaud Group, the success of the Sailing Squad crew is based on the transmission of knowledge and the trust between the various members of the team. Nicolas Mirabaud, Managing Partner of Mirabaud & Cie, describes the approach:

In creating this concept, we wanted to offer young talented sailors an original nautical challenge as well as exceptional coaching, with a view to participating in the Bol d’Or Mirabaud, a race that we have been sponsoring for more than 15 years. It is a human and sporting adventure, based on the values of passion, entrepreneurship and team spirit. For this second series of the Sailing Squad, we are delighted to have brought together four young women sailors and to have them competing on a foiling boat. The first training sessions on this high-tech yacht have been very promising and we look forward to seeing how this talented group fares in the Bol d’Or Mirabaud.

Each edition is a challenge because these young sailors are very competitive in their own disciplines. They will have to learn to sail as a strong team in a short amount of time. It is an exciting challenge in both human and sailing terms. This team-building experience is very rewarding for the whole team. It is based on the exchange of knowledge and sailing techniques, a shared passion, and a great motivation to succeed together. I have confidence the 2022 team will also bring the best of their talent and skill to this exciting event.

The team meeting and the first technical and team-building sessions took place in Valencia in April 2022. In June, the young sailors and their coach will meet in Geneva before the Bol d’Or Mirabaud, for a training sessions to prepare for the event. On 11 June 2022, the team will be on the starting line on the Persico 69F.

The four episodes of Season 2 of the Sailing Squad, preceded by a teaser, will be broadcast in June 2022:

Ricardo Guadalupe, CEO of Hublot, commented on the company’s support for the 2022 Sailing Squad:

Hublot and sailing is a story that goes back to the very creation of Hublot in 1980, with the iconic design of a ship’s porthole with a large bezel and twelve decorative screws. Hublot has been the partner of the Bol d’Or Mirabaud since 2012. Bringing together experienced sailors competing against each other, against the wind, but also against themselves, this race perfectly encapsulates the Hublot philosophy. And this year, one boat in particular is going to be at the centre of the competition for us, the Sailing Squad. The rules are being shaken up and there is a new sense of innovation on board the new Persico 69F, with its international team composed of four women sailors. Hublot is once again taking to the high seas and demonstrating its love of human adventure.

The Persico 69F is a one-design carbon fibre foiling monohull measuring 6.9 metres in length. The racing boat, built by an Italian shipyard, is inspired by the flying yachts that compete in the illustrious America’s Cup, and has therefore been nicknamed ‘the pathway to the America’s Cup’.

Under the guidance of a skilled crew, the boat has racks rather than trapezes for easier manoeuvres and safer boat handling, V-shaped lifting foils and a T-shaped rudder, and 40 m2 (78 m2 downwind) of sail to propel only 350 kg of boat weight plus another 270 kg of crew.

Sailing a foiling boat allows you to skim over the surface of the water and reach speeds of up to 30 knots (a record of 34.9 knots for the 69F). It is a very stable boat, which requires extreme precision at the helm and perfect coordination of manoeuvres. Team spirit and perfect execution from each sailor are essential for coach Shirley Robertson to lead the crew to victory.

The Bol d’Or Mirabaud is the largest inland regatta in the world. Launched in 1939, it plays host to monohulls and multihulls every year on Lake Geneva in Switzerland. More than 500 boats will compete on the theoretical 123-kilometre (66.5 nautical miles) course from Geneva to Le Bouveret, and back. The 2022 Bol d’Or Mirabaud will take place from 10 to 12 June.

The regatta features a number of challenges: the large number of boats at the start, the unpredictable mountain winds, as well as the duration of the race, which starts early in the morning and often ends after nightfall.

The first woman to win the Bol d’Or was Riquette Thévand, in 1944, and it was not until 2010 that it was again won by a woman, Dona Bertarelli. To encourage women to get involved in the world of sailing, Mirabaud is supporting an all-female team in its second edition of ‘The Sailing Squad’ this year. The Group has also committed to supporting Anaëlle Pattusch, the youngest Swiss sailor to cross the Atlantic single-handed.

It's the return of an exciting documentary series which brings together some of the world's most talented young sailors for one big regatta.

On the occasion of the 82nd edition of the Bol d'Or Mirabaud, we decided to offer our followers a unique concept, a sort of "Master Chef" of sailing.