Preparation for the Mini Transat Race 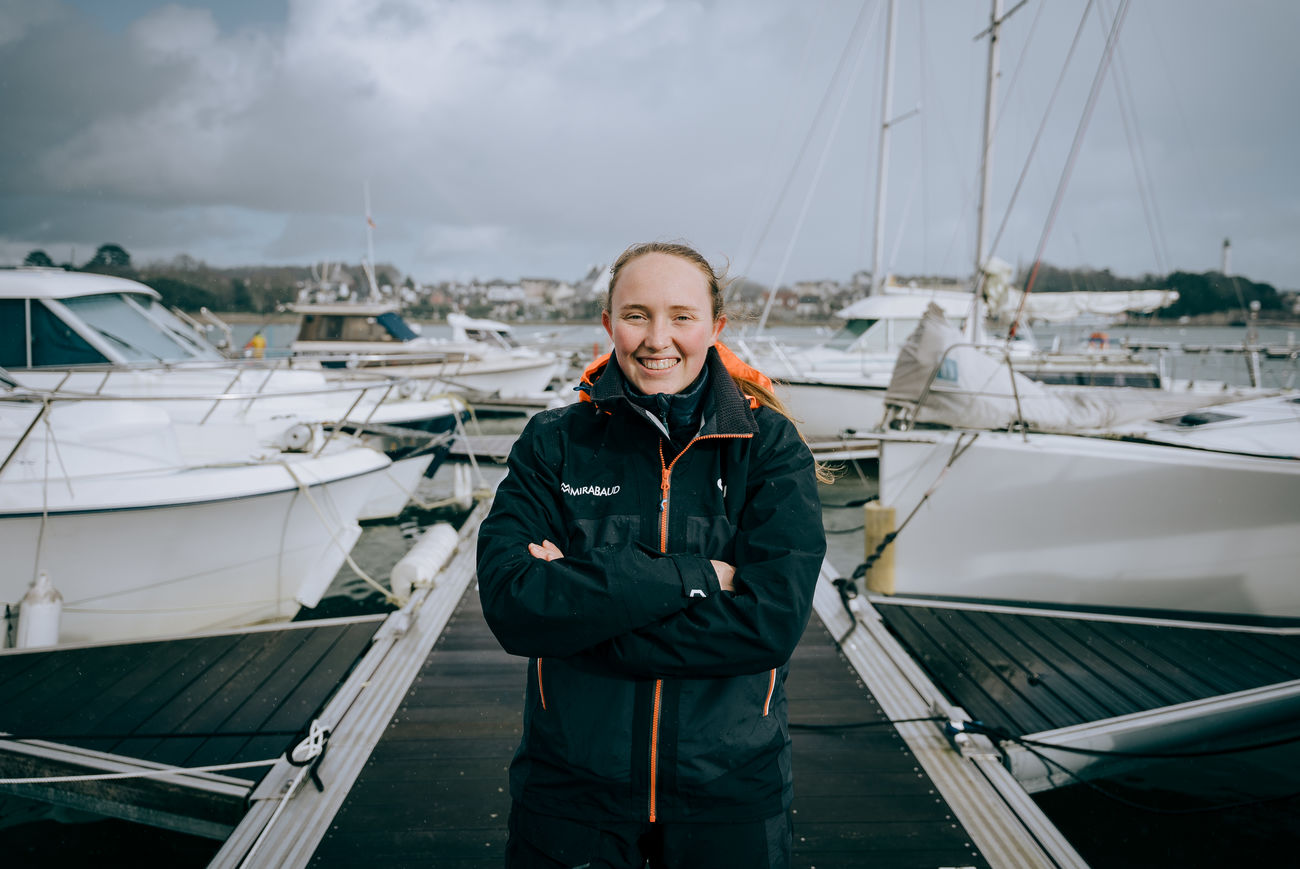 Anaëlle Pattusch, an ambitious ocean sailor who became Mirabaud’s main sponsor at the beginning of 2022, is preparing to take on the challenge of being the youngest Swiss sailor to single-handedly cross the Atlantic. It is a 4,050 nautical mile (7,500 kilometre) race that will start at Les Sables d’Olonne in September 2023. At the age of 19, Anaëlle has just completed her first solo regatta finishing 3rd, and so qualifying for the 1000 mile off-race single-handed event, in preparation for next year’s Mini Transat adventure.

FROM LAKE GENEVA TO THE ATLANTIC

Born in Geneva, Anaëlle Pattusch has been sailing since she was a child on her family’s sailboat on Lake Geneva and on numerous voyages offshore. She learnt to sail single-handed in an Optimist at the age of 7 and competed in several Bol d’Or Mirabaud in the “Surprise” and “Suspense” categories. At the age of 12, she started competing at the Versoix Nautical Club, in Laser and then in 29er categories. She then completed numerous races and internships while continuing her studies.

The Mini Transat, organised every two years, is one of the most important stages in the career of top-level sportsmen and women who wish to become professional ocean racers. The race takes place using Mini boats, 6.50 metres long, with no assistance or means of communication with the mainland (no satellite weather routing, no computer or telephone).

Anaëlle, with her bilingual degree in her pocket, is now fully dedicated to her Mini Transat project, a truly ambitious undertaking that calls for several years of investment as well as meticulous organisation and follow-up: preparation of sponsorship files, promotion, ordering and overseeing of the boat, as well as training and qualifying events. Two years of intensive preparation are required at the Lorient Grand Large school, a centre of excellence for competitive sailing in Brittany.

In her logbook, Anaëlle Pattusch shares the story of her path to qualification in July 2022:

“My moorings are cast off, a last goodbye to the family, see you in 7 days! I leave with a slight feeling of apprehension and a little knot in my stomach. I have never spent more than two days on my boat alone. At the same time [...], I have been waiting for this for months. I hoist my mainsail with one reef, the wind has died down a bit, but the waves are still rough. Visibility is good [...]. Setting sail straight for the tip of England!”

Anaëlle’s account of her solo race in the summer of 2022 demonstrates her impressive mindset, combining entrepreneurial spirit, passion, conviction and a clear sense of responsibility.

“After six days at sea, it becomes hard to fight against fatigue. From the first signs of falling asleep, I set off alarms every five minutes to ensure that I don’t do anything stupid by falling asleep along the coast. It was the night of 16/17 July, approaching a southern beacon at Spineg. My penultimate course marker. It is night, which makes it difficult to spot the buoy. I look for a small white beam amidst the hundreds of lights on the mainland in the background. It’s OK, I’ve spotted it. A six-flash signal... that’s a southern beacon! [...] 1000 miles single-handed in 7 days 5 hours 18 seconds. An incredible experience, full of learning, discoveries and fun. I promise you something, I have just one wish... to come back!”